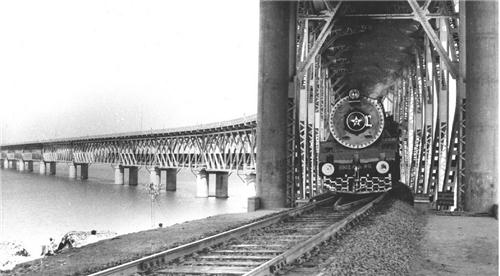 The region being a coastal region played a very important role in the history. Historical evidences the existence of the city from 10th century. The city has great historical importance and so its name has been engraved in golden words in almost history book. One of the famous books “Rajahmundry Charitra” 1996-edition in Telugu has described about the culture, history and people of Rajahmundry.


History behind Name of Rajahmundry

The city was named years back in the history at the time of Chalukya king Raja Mahendra. The city was named after the King as Rajamahendravaram. Before that, it was known as Rajamahendrapuram. The city then witnessed many different dynasties which included Muslim Dynasty and British rule. The name of the city simultaneously went under change with the ruling eras of the dynasties. In the process of renaming of the city, the names which it got were Raja Raja Narendrapuram, Rajahmahendram, Rajahmandram, Rajahmandri, etc. The final name that city was titled with is Rajahmundry or Rajahmundri.

The historical evidences reveal two stories behind the construction of Rajahmundry city. The first story was narrated by Sri. Utulu Chilukuri Veerabhadrarao, Bhavaraju Venkata Krishna Rao and Vaddadi Apparao. It says that the city was built by Vishnuvardhana I (919AD – 934AD) of Eastern (Vengi) Chalukya dynasty. The evidences so found confirmed the name of the dynasty Vishnuvardhana king engraved on the stones as “Raja mahendra”. It evidences were found at Chuvuru and Eturu.  The successors of the king Vijayaaditya (945AD – 970AD) and Raja Raja Narendra (1022 AD – 1061AD) were also given the same title “Raja Mahendra”. 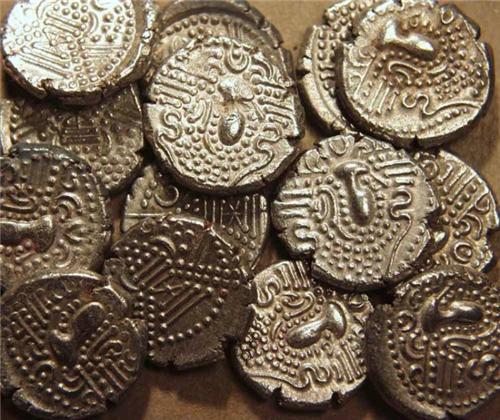 The other theory was proposed by Dr. Nelaturi Venkataramanayya. It states that Raja Raja Narendra (1022 AD – 1061AD) had built this city. The reason of building the city so described is that the city was built by the king in the memory of his father-in-law Rajendra of Chola dynasty.

“Kavyalankarana Choodamani” by Vinakota Peddanaamtya has given the credit of building the city to Raja Raja Narendra.

It is difficult to find the evidences to prove any of the stories or theories. The proof that is available today is only the stones in temple with inscriptions on it. The inscriptions of Nandi and Lord Siva are found near Pushkarala Revu/Chitrangi Palace and Bommuru during 1990s. Recently Buddhist excavations have been found at Katheru. All these reveal the existence of city before the rule of Chalukya.

The Chalukya entered the region from Karnataka. A capital was to be established in the eastern part of their empire for better administration and security of the ruling region. The region was thus established with Rajahmahendravaram as the capital on the bank of Godhavari River.

The Chalukya dynasty was very powerful at the time of king Raja Raja Narendra. The ruler ruled from 1022AD and 1061AD. The region witnessed war between Cholas and other neighbouring dynasties and Chalukya dynasty.

The solution to end the war between two powerful dynasties Chola dynasty and Chalukya dynasty so found was the marriage between the Raja Raja Narendra and the daughter of Rajendra Chola. The marriage turned out as a boon for the people of the region which ended the war. The friendly relation of the two powerful dynasties continued till two centuries. The Chalukya king as a penalty of killing so many innocent people built 108 Shiva temples. 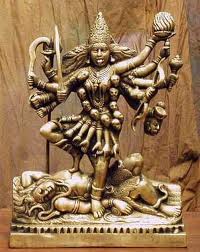 It was Raja Raja Narendra’s court poet who translated the great Hindu epic Mahabharata from Sanskrit to Telugu. Nannaya who was the first poet in Telugu of Telugu literature. Nannaya (adi kavi) used very sophisticated language and standardized Telugu language grammar. The new words were added and a new structure was built by him using the origin of all language “Sanskrit”.  He was thus titled as “Sabdavaganushasanudu” for his great contribution in the field of Telugu Literature. He is well known as “Adi Kavi”.


The Next Chola and Chalukya Ruler of Rajahmundry

After the dismissal of Raja Raja Narendra, his step-mother’s son Vijayaditya took over the throne. Later the throne was handed over to Sakthi Varma who died within a year. The throne was again taken over Vijayaditya, who ruled from 1062AD till 1072AD.

The region was later taken over by Chola King Rajendra. The king Rajendra was titled as “Kulottunga” because of his administrative and political skills. The region once again witnessed the war between King Rajendra and his Uncle Vijayaditya along with Kalingas. The powerful king Rajendra defeated all, but decided to hand over the throne back to his uncle Vijayaditya. The daughter of Rajendra was than married to Devendra Varma a king of Kalinga Kingdom which was the significance of peace back into the region.


End of Chola and Chalukya Rule over Rajahmundry

The Kakatiya empire was conquered by Muhammed Bin Tuglak (Ulg Khan) in 1323 AD. The Rajahmundry fort than became the property of Muslim leaders. The governor of the region appointed was Humayun Gujjar at the ruling time of Muslim ruler. The name of the Muslim leader “Ghiyas Uddin
Tughlaq” can be seen inscribed in the Rajahmundry mosque. The other evidence that is available are the coins of Muslim era which were found in Nellore district, proves the ruling term of Muslims over coastal area of Rajahmundry.

The big mosque that exists in Rajahmundry is the oldest mosque which was built on the temple of Venugopala Temple by Muslim leaders. The architecture of the gate of the Mosque has the resemblance of the Hindu temples. This is a very important temple built in ancient time which got converted into a Mosque. The so forgotten temple has been titled as “A forgotten chapter of Andhra History”.

The land of Godhavari district region including Rajahmundry was once again flooded with blood. The Hindu and Muslim kings fought till their last breath. The proof has been found on Addaniki. The Muslim Kings faced revolts against them lead by Munusoori Prolayanayakudu and his nephew Kapayanayakudu.

The Prolaya Vemareddi established Reddy Kingdom. The aim of Prolaya Vemareddi was aimed to fight against Muslim rulers. After his death in 1332 AD, Kapayanayakudu lead the group. The Kakatiya fort was conquered later from Muslims in 1337 AD.

Anavemaa Reddy brother of Anavotaa Reddy extended his dynasty up to Simhachalam. He later conquered Nidadavole and Rajahmundry forts.

The next king from Reddy dynasty was Komaragiri Reddy (1386-1402) who was a great warrior. The king handed over the Rajahmundry region to Kataya Vema Reddy. The wars with Pedda Komata Vema Reddy continued during this period.

Kataya Vema Reddy was a fighter but was defeated by Pedda K Reddy but denied to accept him as a King. The frequent fights between Kataya V Reddy and Pedda K Reddy continued. He ruled Rajahmundry for almost 19 years. He was devotee of the king Komaragiri Reddy and gave his name to his son Komagiri Reddy.

Veerabhadra Reddy has relation with Telugu Literature and was also praised by Sree Nadha as “Sahitya Kala Sangitha Lakshyalakshana Bhangi Sarvangna”. He was appointed as the court poet of Benda Pudi after the fall of Kondaveedu (Reddy) dynasty.

Kapileswara of Gajapathi kingdom conquered Rajahmundry region by 1448 AD. Kapileswara and Reddy kept on fighting for long time. The region was under the rule of Gajapathis for almost a century from 1448 AD to 1533 AD.

Later after the defeat of Kapileswara, Rajahmundry was ruled by Bahamanis. Purushotama Gajapathi invaded them again in 1485 AD.

Vijayanagara in 1509AD was ruled by Sri Krishna Devaraya. The King conquered many places like udayagiri, Kondapalli, Telangana, Rajahmundry and Simhachalam. Prataparudra signed a treaty to rule Rajahmundry under Devaraya. The treaty led Gajapathis rule all Andhra region including North of Krishna River and Rajahmundry. 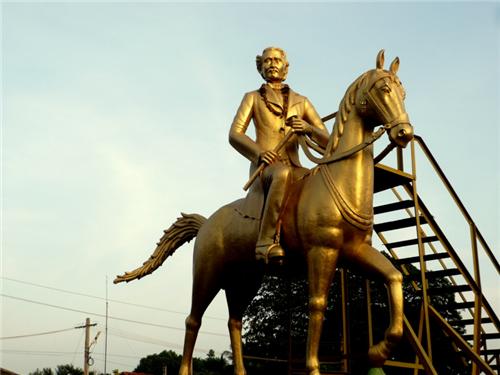 The five divisions of Bahamani Kingdom were done at that time. Telangana was ruled by Kutubshahis with Golconda as their capital. The Rajahmundry was then taken over by Kuli Kutub Shah by defeating Gajapathis. Mohammed Kutub Shah destroyed all the revolt aroused in Rajahmundry.
Mughal Emperor Aurangazeb in 1687 AD defeated Kutubshahi Empire.