Rajahmundry situated on the bank of Godhavari River. The city Rajahmundry attracts many tourists with some of its beautiful tourist destinations which includes temples, museums, hills, bridges, monuments, and forts.

The religious tourist spot Rajahmundry has many temples such as Markandeya Temple, and Iskcon Temple. The Shiva temple, Markandeya Temple in ancient times was a mosque but later the archaeological surveys confirmed it is a Shiva Temple. The Iskcon Temple, one of the most popular tourist spots of Rajahamundry is situated on the banks of Godavari River. 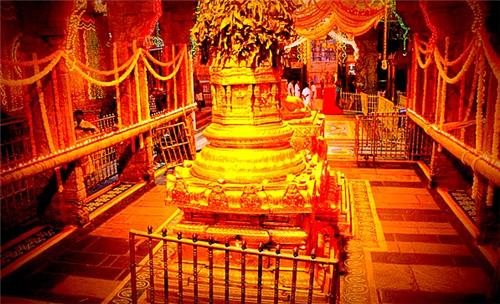 Rajahmundry houses many museums like Aryabhatta Science and Technology Society and Rallabandi Subbarao Government Museum. The beautiful historic cultural items are displayed in the museum. 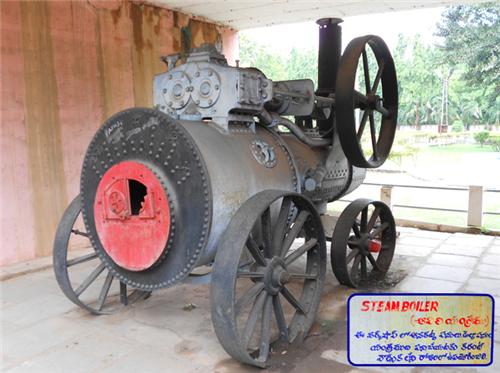 The picnic spots located in the city Rajahmundry are Pattiseema and Papi Hills. The beautiful tourist spot has excellent natural beauty which can be admired. The beautiful waterfalls and thick forests are the main attractions. The popular boat ride through the narrow width of River Godhavari can be enjoyed at Papi Hills.


Other Attractions of Rajahmundry

The rail-road bridge on Godhavari River is also one of the major attractions for tourists. The bridge has a length of over 2,730 m and 28 bow string arch girders. The rail-road bridge is known as the Godavari Bridge or Kovvur-Rajahmundry Bridge which is truss bridge. The new Godavari Arch Bridge is bowstring-girder Bridge which was built in 1997. The bridge has become a pride symbol of Rajahmundry and India. The Godavari Arch Bridge symbolizes arts, media, and culture of Rajahmundry.

The bridge built in 1900 on Godhavari River was Old Godavari Bridge or Havelock Bridge. It was built by Mr.F.T.G.Walton and it has now been decommissioned. Old Bridge has 56 spans and is 2754 m long. It was constructed using stone masonry and steel girders at the time of British rule. Godavari Arch Bridge: The new Godavari Arch Bridge is constructed by the Hindustan Construction Company (HCC). The modern bridge is made of bow string girder arches. The purpose of the bridge is to connect two ends with railway line.

It is a symbol of presence of latest engineering technology which was built for irrigation. The Godhavari River rises at Trimbakeshwar which flows southeast across south-central India entering Andhra Pradesh and empties into the Bay of Bengal. 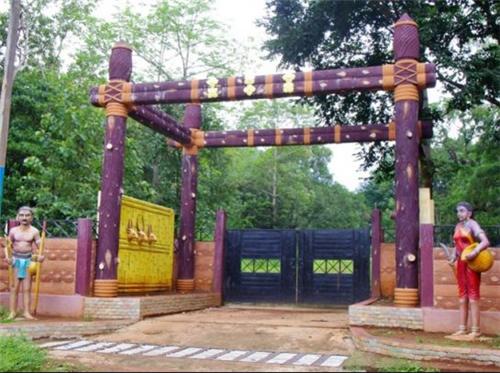 Rajahmundry is a city situated on beach and therefore the weather is humid round the year. Best season to visit Rajahmundry is summer and during December and January.


How to reach Rajahmundry

There are direct flights from Hyderabad, Vijayawada and Chennai and Kolkata.

The city is located on NH5. It lies on the eastern part of the Golden Quadrilateral connecting Kolkata and Chennai.

The city Rajahmundry has 4 bus stations. The main APSRTC Bus complex is located on the Morampudi High road. The other three bus stands are Kotipalli bus stand in Innispet, Gokavaram bus stand in Aryapuram, and the Kakinada bus stand near Kambalcheruvu. The bus service is available from Rajahmundry to nearby villages and towns.